For thousands of years, people have loved stories about heroes.
Mythical heroes, historical heroes, and even…
ordinary heroes.

This new book, Little Libraries, Big Heroes, tells the story of the Little Free Library organization from the first installation to the creation of more than 75,000 mini-libraries around the world. It releases Sept. 3 but is now available for pre-order.

Ready to see the cover?! 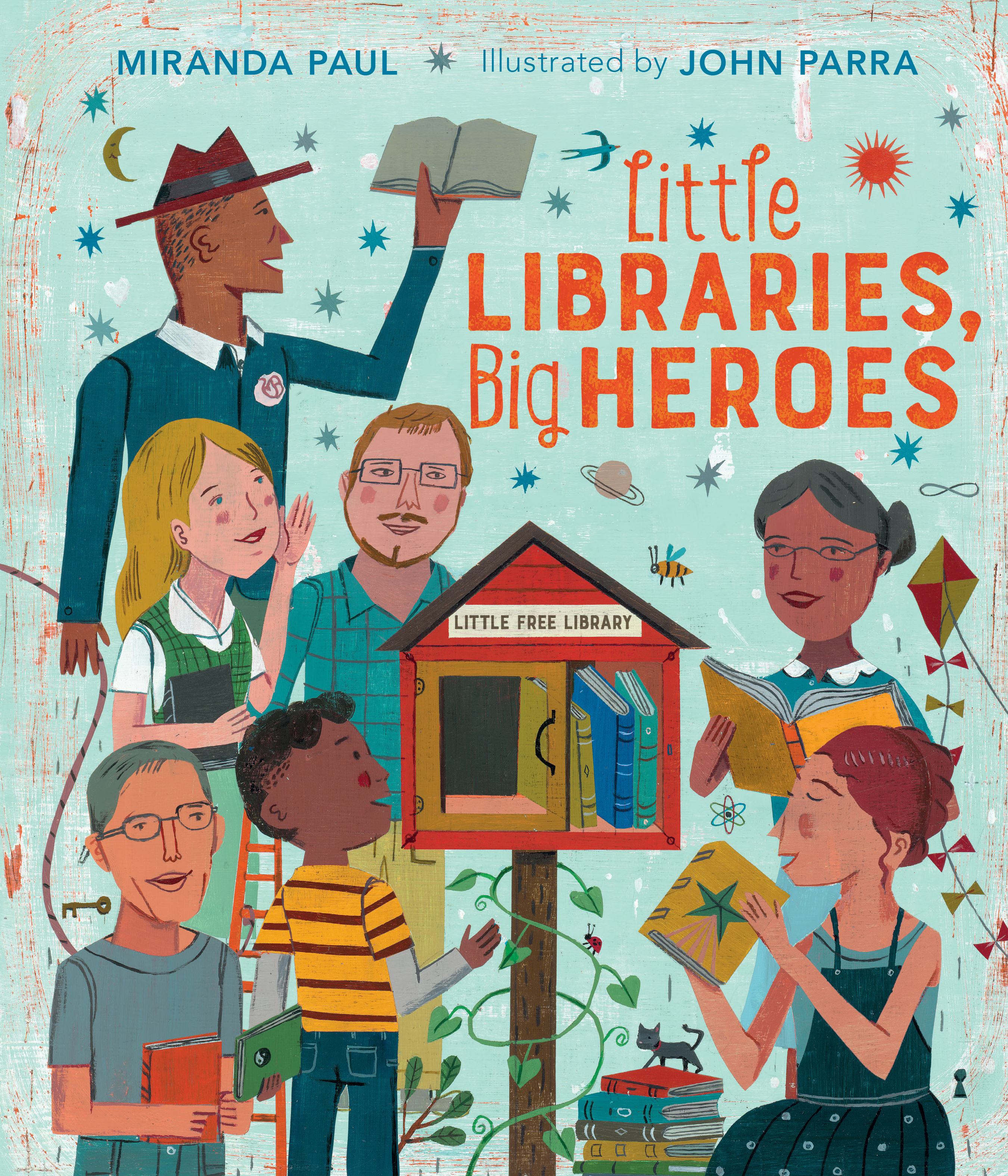 John Parra’s folk art style is perfect for rendering this book with a classic, timeless feel. The cover is quite symbolic and people old and young will delight in recognizing the subtle-yet-thoughtful meaning behind each icon included. From including Todd Bol, Rick Brooks, and likenesses of Andrew Carnegie and Lutie Stearns to capturing the intergenerational and multicultural reach of the organization, the cover is a remarkable tribute to Bol’s legacy.

As some of you may know, Todd Bol passed away unexpectedly last year just weeks after learning of his pancreatic diagnosis. The book will include a memoriam and special icon in honor of his legacy. Please click here to learn more about Todd Bol.

More about the creators of Little Libraries, Big Heroes:

Miranda Paul is the author of more than a dozen picture books for children, including One Plastic Bag, Water is Water, and I Am Farmer, all named Junior Library Guild selections. Whose Hands Are These? A Community Helper Guessing Book was a 2017 ILA Teacher’s choice, and her other works have received numerous accolades including a Green Earth Book Award Honor, Children’s Africana Book Award Notable, Maryland Blue Crab Award, and a Charlotte Zolotow Highly Commended Title. Miranda makes lively appearances at schools around the world and has been a guest presenter at the Library of Congress Young Readers Center along with environmental activist Isatou Ceesay. She believes in working hard, having fun, and spreading kindness. Learn more at www.mirandapaul.com.

Help spread the word about this incredible story and organization! Mark this book as “to-read” on your Goodreads page now. Learn more about Little Free Library at the official organization website here. 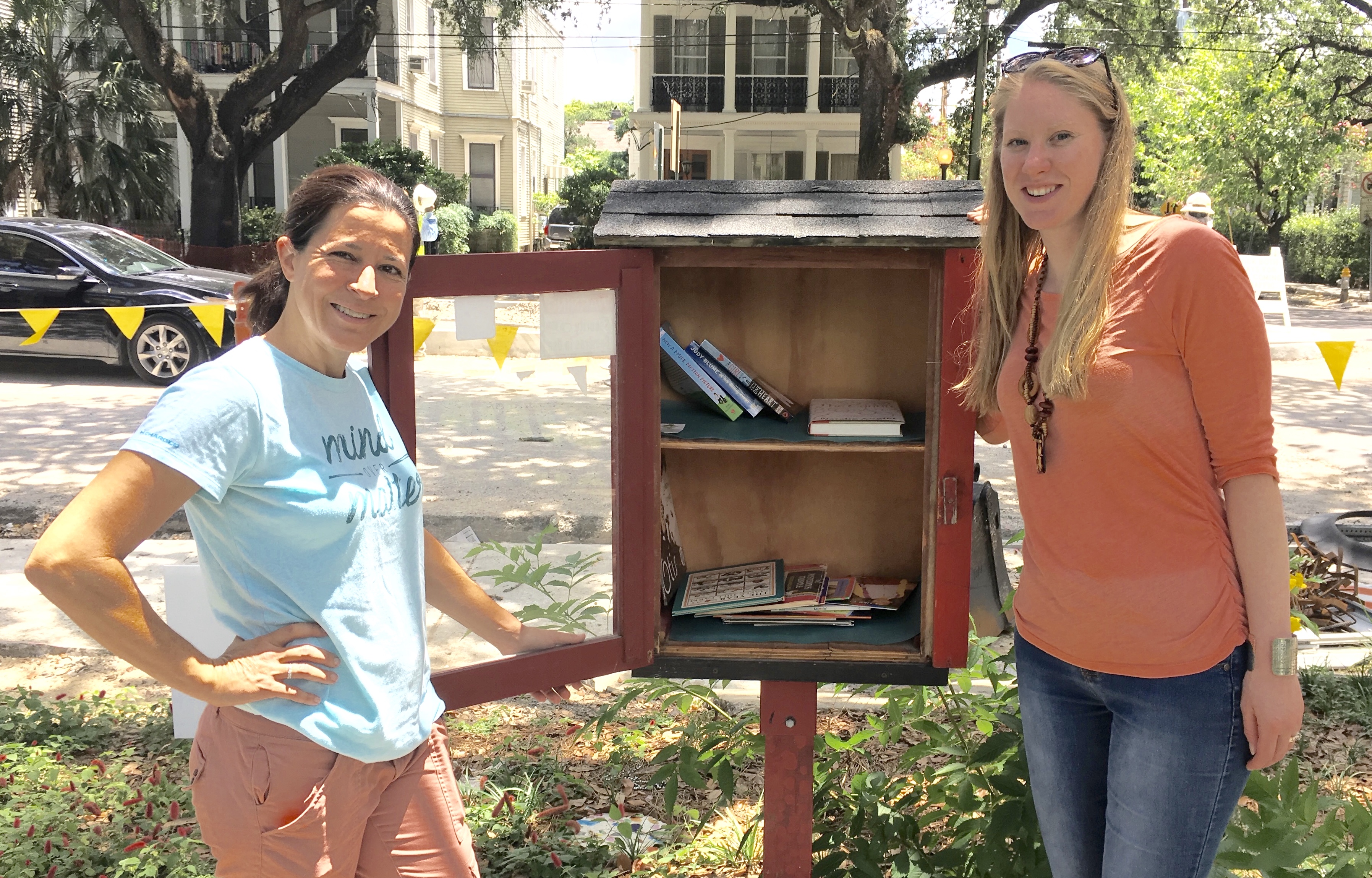 Miranda Paul (right) visits Nikki Leali’s Little Free Library in New Orleans. In the aftermath of Hurricane Katrina, six-year-old Nikki began collecting books to distribute to her neighbors. She then wrote a letter to Todd Bol and Rick Brooks and received a Little Free Library of her own. Nikki is now a teenager and continues to serve as a Steward with her mom, Joelle Leali (left). Nikki’s story is one of many featured in the forthcoming picture book, Little Libraries, Big Heroes.